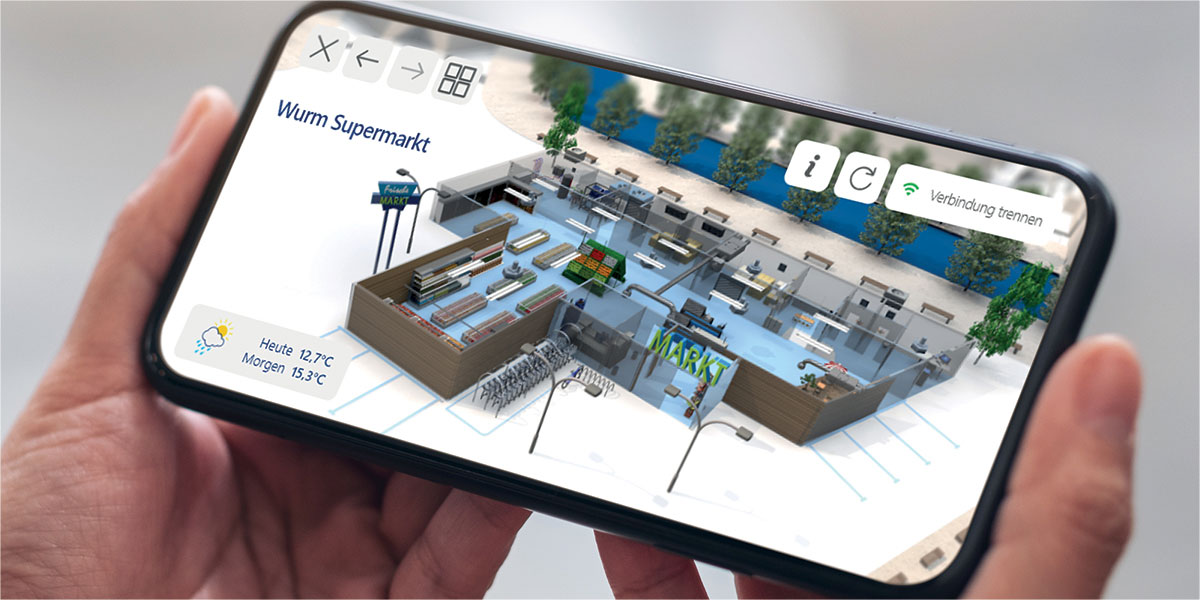 Appealing even without expert know-how

The Wurm Frida App has established itself as a virtually indispensable mobile tool for work in-store or on the road in a very short time – and not only for service technicians from refrigeration companies.

However, until recently Frida was above all an expert tool – similarly to the PC software FRIGODATA XP, which operators and service companies in the refrigeration industry have been using for the broad range of facility management tasks for many years. “Mobile access, to the many parameters that are available in FD XP, for instance, previously meant users having to know their way around the various control devices very well”, Karsten Voßberg, Head of Software Development at Wurm, explains. “But it is not only technology experts who have to work with the devices.”

The aim: to enable simple operation without technical knowhow

For this reason, the Frida team have set themselves the goal of making parameter observation visually appealing and easy to use on the mobile device even for users without refrigeration technology knowhow. “The focus is on simplicity of use.”

The perspective of a store manager rather than that of a skilled refrigeration technician was taken. The latter’s specialist competence and tasks are naturally in other areas than detailed knowledge of Wurm control devices. A store manager may be familiar with the so-called process images from the PC software XP – graphics of a store where only those components and parameters are displayed that are relevant to the user.

These views can, thanks to the continuous development of the app, be displayed both on a smartphone and on a tablet – combined with new functions that serve the user in the store directly and practically. The Frida development team gives us an example: “Now, settings such as ‘Light on / off’ can be adjusted quite easily in Frida without the user having to know which sub-menu of a (specific) device to find the corresponding parameters in”.

A lot of programming effort has been put into making use simple. Not least because the new functionality had to be developed both for iOS and Android devices.

How does the process image get to the mobile device?

But how can a process image that was designed on a PC be imported into a mobile device? The answer lies in the Wurm DATA CENTER. This is where all information is saved. The trick is that all changes to and updates of a process image are displayed immediately when the process image in question is called up. So users do not have to do their own update because they will always receive the latest image. “Frida always downloads the latest version of a process image that is on the server”, emphasise the developers. Accordingly, all the process images from the Wurm DATA CENTER are available on the display of the respective end device being used in accordance with the user’s rights.

In addition to the graphic process images, the developers also emphasises the simple and comprehensible presentation of the List view on smartphones. This view is a development of the components presented in 2019 that were then called Frida Direkt.

The compact process image is characterised by a comprehensible view that allows it to be used easily on a smartphone display. The list data are generated from the respective, project-specific process image. So the List view is created automatically without the user having to change any settings. “In this view the user can carry out a desired action (such as changing a value) without any technical knowhow by entering it directly into the smartphone.”

It would also be possible to call up a process image on the smartphone. But in view of the small display it would not be expedient because only part of it could be displayed at any one time – which more or less excludes fast and easy use. So the uniquely generated process image is the source of two different forms of presentation in the Frida App. The situation then determines which one the user decides to use in practice – depending which mobile device is being used or what action he wants to carry out.

In this way, this possibility expands and underlines a main aim of the Frida App – the best possible flexibility for our customers in the mobile use of Wurm solutions.

The process image will become available in Frida for the iOS and Android platforms during 2020.

Each day we work hard to manufacture our products according to the highest technical standards. And of course this also includes a careful check before delivery. Should you still wish to complain and/or return a product, we have made this process as quick and efficient as possible for you. Simply use our online form on the […]
16. December 2021

For Belgian consumers, e-commerce in groceries is not just a coronavirus-related trend, but has become a genuine habit. In response to this exponential growth, Carrefour Belgium announced in September 2020 that it had entered into an exclusive partnership with international company Food-X Technologies Inc. in order to benefit from their cutting-edge software. By 2026, Carrefour […]
16. December 2021
×